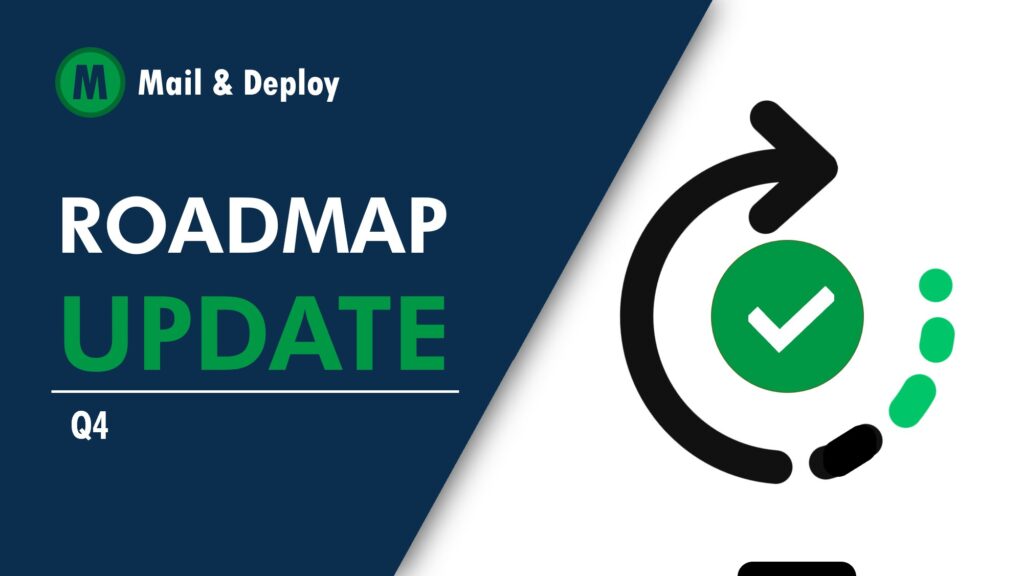 We had previously released our Roadmap at the start of this year with our plans for 2022. We also mentioned that it would change and evolve during the year, as new features are reprioritized to adapt to the reality of developing and to customers’ business needs.

Below you can find an updated version of our Roadmap! It gives you an overview of what you can expect for the remaining months of 2022. You may notice that some things have been removed. Do not worry, these have only been delayed to next year and are still in the plans!

We have also added a few new things to the roadmap, which we are super excited about!

This includes the connection between Mail & Deploy and Qlik. It got an upgrade and makes Mail & Deploy more performant now. And in 2023, we are planning to implement improvements in the user interface of Version 4.0. That will give Mail & Deploy a fresh touch with some visual changes and better navigation. The simpler design and more intuitive arrangement should give all users a better experience!

As of now, we do not want to reveal too much! We will begin sharing more on our social channels once the dates get closer! So stay tuned! And now take a look below!

In 2023, we are planning to Release Mail & Deploy Version 4.0. This version will bring a completely new interface and an API overhaul. For this version, we are going for evolution instead of a revolutionary approach. There will not be any migration involved. It will be an in-place update, but it will be completely based on the new .NET 6 platform.